2012 - The Beginning of the .ORG free Earth Charter Initiative

It is springtime 2012 and this first post is dedicated to humans all over the planet who have committed themselves to the successful transition to a sustainable future!
The Earth Charter has been predominately governed and implemented by the .org world (NGO's, non-profits etc.) since its inception yet the Earth Charter is a document of the people of Earth written by civil society and cannot be 'owned' by any singular entity. 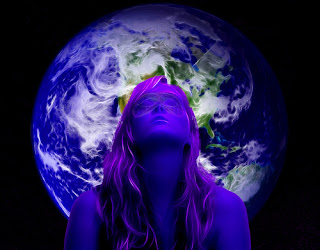 The Earth Charter - Actions & Perspectives of an Earth Child is a testimony/record of a 21st Century Earth Child's efforts and experiences to uphold the official 'endorsement' that was made when the Earth Charter Initiative launched in the year 2000.  This site is also a web portal to Earth Charter projects that do not fall under the dictates of the .org control or ownership issues that many still deny exist.

Ultimately this site is dedicated to the yet UnBorn - the children of the future who will organically embody the values and principles found within the Earth Charter.  Yet special acknowledgments are due to those alive today who have had a powerful role in articulating and anchoring those principles amidst a climate of massive social change that required intense navigation of the inherent difficulties/challenges which are a natural part of such evolutionary processes.  Those people will be highlighted in future articles on this site.

As primary author I choose to be called 'Earth Child' because in reality the actions, experiences, and perspectives that will be shared were born from a solidarity with Earth Children all over the planet who comprise my generation.  The intentions behind all of my efforts was to uphold the 'endorsement' that was made when I first discovered and read the Earth Charter.  However those efforts and actions were on behalf of those whom I was ultimately accountable to - my generation and future generations.  So as 'Earth Child' I speak from a pluralistic perspective and a view point that comes from the symbolic convergence of my generation. 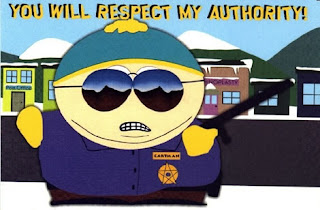 A note on the word 'authority' - I have always translated that word to mean 'Author of Reality'...we ALL author our own realities because a reality is based on 'story' of who and what we are.  Using that definition I place myself in an 'authority' position in relation to the Earth Charter and its birth into the 21st century - not just as a witness but an active participant that did not give away my power or grant automatic authority to those within the Earth Charter movement just because they had a résumé or 'years of experience'.  These days experience can be a liability if it is always used as the main reference for choices that demand a new way of thinking.

The meaning of 'The Beginning of the .ORG free Earth Charter' title of this post is just that - the birth and nurturance of projects and efforts to uphold individual or group endorsement of the Earth Charter without having to answer to organizations or individuals who have made ownership claims through copyright websites, logos, and databases.

Many of these .org entities have proved to undermine the efforts of thousands of 'endorsers' by simply refusing appropriately acknowledge and empower their efforts unless they either had kissed ass through the self-important hierarchies that are always present in the non-profit world (though mostly denied) AND/OR they made a significant enough financial contribution to warrant some highlight spot in their newsletters/websites AND/OR their efforts were exploited to make the .ORG entity look good for their own reputation/gain. 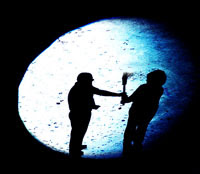 The unhealthy social behaviors and outdated hierarchies of our elders who have been at the helm of the Earth Charter Initiative need to be addressed so that the torch can be passed between generations without toxic residue dripping down the handle and burning the hands of the receiving generation. The passing of the torch between generations in a healthy and celebratory way has been obscured by generations of denial and control of 'resources'. 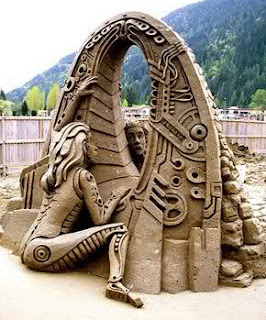 The people of the 22nd Century will look back on the 21st Century as when the whole 'non-profit' and 'for-profit (subtext 'good'/'evil') structures underwent the necessary (critical) evolutionary transformation that allowed the landscape of civil society (and the inequitable economies that polluted the environment they lived in) to change in ways that finally liberated mankind from the yokes/chains that the human species had been dragging around through centuries of dualistic systems, models, and structures.  The key ingredients to that transformation was the power of the 'word' and right use of technology.

This is the time that will be remembered as the 'Information Age' and the time of the 'Great Transition'...and the Earth Charter will not only be alive 150 years from now (7 generations) but will be embraced globally as the first charter of the people of Earth and no one is going to give a rats ass about the 'Who's Who' sick social hierarchies that unfortunately are still being pandered to at the beginning of this century - due mostly to the fact that the previous generations whose lives revolved around guru worship and inappropriate power displacement are still currently alive on the planet.  Unfortunately their social system shadows still influence and linger in the social spheres of my generation but they are getting older and their imprints will not hold sway beyond 2020.

2012 is the 'End of the 13th Baktun' and my generation is the 13th generation since the inquisition ravaged European refugees landed on the shores of the pristine North American continent.  Time for new beginnings...
Posted by Matrix Weaver at 4:09 PM